August 16, 2011
I'm back in Kuta now, on my own again after a week traveling with Tom. We took a nice three-day motorbike tour up to Munduk, down to Lovina beach, and back to Ubud. Tom navigated with his iPhone, which led us down some rough roads through the island's more remote villages and rice terraces. We passed through a place called Bedugul, which we decided is the perfect name for a comic strip dog.

Ubud is all about the wellness. It's full of yoga studios, spas, organic wholegrain fair trade coffee shops, etcetera. I bought some drawstring cotton pants, but I still didn't quite fit in because I don't have any tattoos. Ubud has some beautiful spots but the expats and tourists there were generally some of the most unfriendly I've seen. Many of the women there seem to be off on their own Eat Pray Love trip to find happiness, and are so focused on this goal that they can't be bothered to smile at the occasional stranger. It got a bit depressing after a while so I'm glad to move on.

Up in Lovina, there were a couple of sailboats moored off the shore, and I managed to chat up the owners of one of them our second day there. They didn't need crew but thought that Benoa, where I'd posted my ad, was the likeliest place to find boats that might. Today after Tom flew off to Flores I rented a motorbike and drove out to the marina again. My ad was still there, sure enough, although I didn't get any calls the whole week. I chatted with a few more people there who said I'm doing it right if I hope to find a boat, but didn't have any idea about captains needing crew at the moment. On the advice of the guy who offered to take me last week, I drove out to Serangan, an island just around the corner from the harbor connected by a land bridge, and asked around for Herman, who was supposed to know if there are any boats looking for crew. People said I could find Herman at the local warung drinking beer after five, but apparently he was sick and hadn't been out in a few days. I left a note with somebody at the warung, and posted another ad at the yacht club in Serangan. The lady there was very helpful and suggested I go to Singapore if I don't find a boat in Bali. She gave me a slip of paper with the names of the three biggest marinas there and said I could find boats sailing out of Singapore at any time of the year.

Tomorrow morning I'm taking a shuttle to the ferry to Lombok. I'll probably base myself in Senggigi for a couple of days and check out the Merdana Bay marina. I found a couchsurfer willing to host me tomorrow, so I should be set.

One funny thing today: Tom and I had been paranoid about running into the police on our motorbikes, since we'd heard stories of how they stop foreigners and demand a million rupiah penalty for driving without an international license. We weren't stopped during our trip, but I hit a police checkpoint today where they seemed to be waving all motorbike drivers over and checking licenses. They waved me over just at the intersection to turn onto Serangan, which was where I wanted to turn anyway, so I just drove though. Nobody followed me and the police were gone when I came back a few hours later.

Here are a few photos from this episode. Tom took all the good pictures, which I'll post once he sends them. 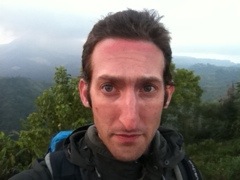 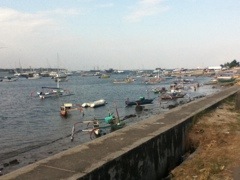 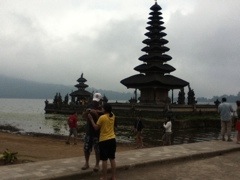 Here are some more pictures I just got from karimunjawa: 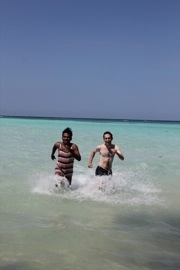 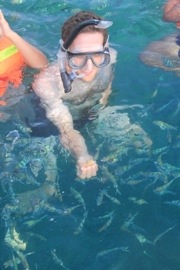 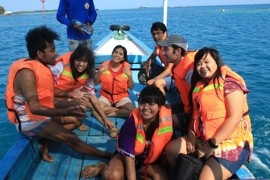 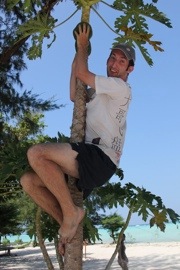