July 27, 2011
Today was a crazy trip. My first hostel was nice enough but really remote and nobody else was staying there, so this morning, after a delicious breakfast at Dunkin Donuts, I decided to relocate to Jalan Jaksa, backpacker hostel central near the center of town. I decided to take the bus since I have plenty of time and figured it would be a good way to see the city, so I found Jalan Jaksa on google maps and got some directions for taking the TransJakarta bus from the helpful front desk attendant at my hostel.

To get to the bus stop, I first took a local minibus. Musical trios would hop on the bus with ukeleles and sing and play while the bus hobbled through traffic. Their music was pretty awesome but I didn't know how much tip was appropriate so I didn't give anything.

The TransJakarta was pretty impressive. Traffic here is even more pointless than in Beijing and there don't seem to be any emission standards, but these buses run on natural gas and run in their own lanes mostly unobstructed.

I found my way across the busway with no problem and ended up at my destination, but unfortunately I found that Jakarta has many streets with the same name so I was in the entirely wrong part of town. I walked down an alley with stall after stall of banana vendors. I'd never seen so many bananas. Jakarta has many stray cats with short fur. They kind of look like a different sort of creature than cats I've seen before.

The whole city smells like clove cigarettes. I didn't take enough pictures. It's really crazy here, nothing like China, where everything is familiar and orderly.

I finally found the hostel area I was looking for and checked into a room by seven pm. It's a real dump. People say it's best not to stay in Jakarta and I think I agree. It's just not accessible enough if you don't live here or speak the language since it's such a huge sprawling mess with no obvious center. But definitely interesting. 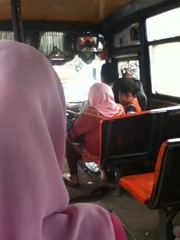 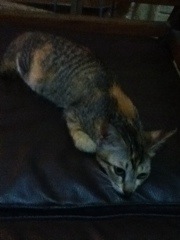 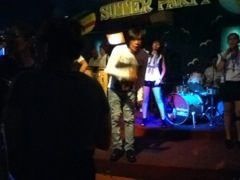 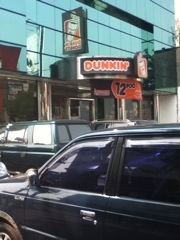