Cognitive Dissonance or: How I Learned to Stop Worrying and Love My Job

Nor have I seen Dr. Strangelove.

Nevertheless, it's been such a long time and I wanted to write something about my job.  The reasons I haven't written about it for so long are a mixture of respect for whatever nondisclosure terms might have been lurking in my contract, a fear of seeming disrespectful or disloyal to any potential future employers who might grace the pages of this blog, and mostly, the fact that my company's website is so ridiculously awful and the content is so immensely stupid that it's not even worth the space on this page to point it out.  I was also somewhat concerned that a coworker would stumble upon my site and I would be in trouble, except that a) my coworkers can't really read English, and b) I kind of half want to get fired at this point.  So what merits this special occasion today?  Well, I just happen to be so numbed by the Olympics, the insipid circle-jerk of the media and its tumorous blogosphere, and the lack of any sensory input at my cubicle other than the near blinding glare off my furiously flickering CRT monitor, that I have no hope for any sort of mental stimulation other than to rant about my job.

Last year I did some research on the motivations driving journalists in China's state media, and read an interesting paper on cognitive dissonance, and how journalists cope with conflicts between what they believe and what they are required to believe in order to succeed at their careers.  The paper presented a model with two spheres of discourse: public and private; and two ideologies: personal and state.  Journalists could then be classified into groups: those who expressed the state ideology in the public sphere but clung to their personal ideology in private, those who changed their personal ideology to conform with the state ideology in both spheres, and those who would sneak their personal ideology into the public sphere, etcetera etcetera.  This was a nice fancy way to understand journalists' behavior, but did not really convey in a visceral way what exactly this "cognitive dissonance" feels like.

Now, having worked in this company for almost five months, I think I can say with confidence that now I know.

At this point, I could go into the details of each thing my company does that I am diametrically opposed to, but I think it should suffice to categorically state that everything we do is just wrong and destined to fail.

So what category of cognitive dissonance response do I fall into?  Well, to explain, I'd best go into at least a few details:  One of the biggest disagreements I've had with my boss is that I think the website's forum is a waste of time.  I've told her over and over that the foreign internet is not like the Chinese internet.  You can't just register a domain name like www.29858104.cn, throw up a forum, plagiarize some content and expect thousands of people to flock to your site and mindlessly bump your posts, bringing you instant fame and fortune.  We don't even use forums anymore.  A forum is only useful if a website already has a thriving community tied by interest in the main function of the website -- in our case, that would be providing audiovisual Chinese lessons.  So the goal should be to make the best lessons and website that we can, and then put the word out.  Then, maybe, if people like what we do and we gain a following, a forum would be useful for letting our users interact with us and each other, and helping us understand what our users think.  My boss, however, holds that the way to popularity is to plagiarize any good material we find from other websites into our forum.  Interested users will then supposedly stumble across our site and realize that we are the greatest thing since sliced bread, despite the fact that none of the content is our own, much of the website is functionally broken and plagued with Chinglish, the lessons are awful, and our logo is frightening enough to cause nightmares: 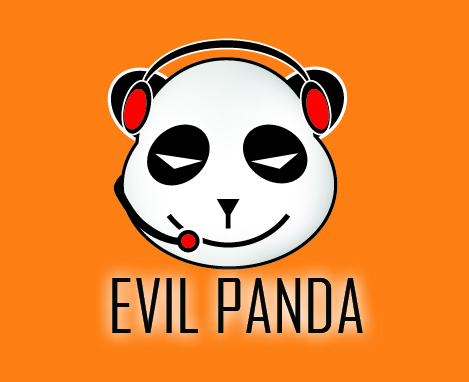 Despite differing views, I'd been keeping fairly positive and proactive in my job by offering suggestions and criticisms, maybe somehow believing that my boss and coworkers valued by opinion, but probably mostly just for the personal satisfaction to be gained by opposing idiocy.  But one message which has become clearer and clearer to me over the past few months is that my thoughts are not welcome here.  When my boss applied for my full employee status two months in, she filled out a report card giving me a full five points on every category except for "communication with others," for which she gave me a two.  I'm extremely professional and talented, she explained, but I'm too blunt with my coworkers.  After all, as our Chinese lessons tell us, the Chinese people are very "mild and roundabout" in their manners, and as a crude and callous foreigner, I have much to learn.  So fine, I agreed, I would try my best to pay attention to this shortcoming.

Still, I insisted on arguing with my coworkers when disagreements arose.  But alas, when push comes to shove, I was, and still am, on the bottom rung of our team's organizational chart.  After I first arrived, my boss sent an email around with a chart she had drawn up, in which my position was defined as "Foreign Teacher Editor," reporting to the "English Manager," who is Chinese.  Later, she drew up a new chart in which I was assigned the simpler role of "Foreign Teacher," reporting to both the "Educational Development Manager" and the "Recording and Marketing Manager."  Well, it turns out that neither the Educational Development Manager nor the Recording and Marketing Manager were very interested in arguing with me about anything, and two months ago, they took me aside for a meeting at which they essentially told me, in their ever-so mild and roundabout way, that they would appreciate it if I would argue less and follow orders more.

It was at this point that I was forced to take a different tack to cope with my cognitive dissonance.  It would be oversimplifying to say that I've fallen into the category of those who cope by disconnecting themselves from their work and reclaiming their personalities when they clock out.  That mostly describes my coping strategy, except for one twist.

About two weeks after my meeting with the two managers, my boss approached me on MSN and asked me to start taking responsibility for the forum.  She asked me, simply, to spend a few minutes each day finding material from other websites and pasting it into our forum.  Now, translating lesson texts and spewing out spiritless scripts for a failure of a website is one thing, but spending my energy on shameless plagiarism is quite another, and I refused.

This has proved to be a godsend.  Since then, nobody has approached me to do anything other than my regular drudgery.  They have since started some sort of content sharing agreement with a restaurant advertisement site and some toolbag who fancies himself a travel writer really cool guy, by which they republish their excretions really cool stuff on our site, in exchange for what, I am not sure -- and nobody has even so much as told me that they're doing it.  It's wonderful!  I have so much free time on my hands, I've done nothing today but write this post.

My poor, kindhearted American coworker, Caitlin (who is also at the bottom of our organizational chart, despite the fact that she has been with the company since the program's inception), has not been so fortunate.  The team decided to use her likeness as the face behind the restaurant review section, which they titled "Dining with Cait," and asked her to write a self-introduction about how much she loves Chinese food, as though she were the one writing the reviews, although the content is pasted from another website, and she has never been to any of the restaurants.  When Caitlin took issue with this abuse of her image, our boss suggested we could invent another character, say, Alice, and use some other random foreigner's picture in her stead.  Caitlin then raised the hypothetical situation of what were we to do in the unlikely case that our website actually becomes successful and people want to meet Alice.  I think she suggested that Caitlin could pretend to be Alice.  Aside from the fact that Caitlin would probably not look very much like Alice, Caitlin is also one of the host teachers in our lessons, and begins every lesson by saying, "Hello and welcome to TargetChinese, I'm Caitlin!"  The concept of Alice was dropped and Caitlin's face is still stuck on the website.

As for me, I think everybody's happy that I've become a surly, passive automaton just like everybody in the tech department.  It's what's expected here.  I'm finally fitting into the culture -- whether Chinese culture or corporate culture, far be it from me to say -- and boy is it bliss.