August 09, 2011
I just spent a half hour writing and somehow lost all my work so I will keep this briefer than it was going to be.

I'm in Ubud, Bali now, staying at this guy's villa surrounded by rice terraces. I arrived here last night and will stay a few days while I wait for responses to the ad I posted at the Bali marina.

I stayed in karimunjawa for four days, but it wasn't the sort of place where sailboats often pass through. I joined a tour the first day with a group of Indonesian college students and we boated from island to island snorkeling in the coral reefs and feeding fish. I biked around and drank coconuts I found on the way. The village on the main island might have been more peaceful if not for Ramadan, but it was hard to sleep since every night at 2 am groups of kids would parade the streets beating drums to wake everybody for the morning prayers, which would be broadcast over the megaphones for hours.

I took the next ferry back to Jepara on Sunday and docked just in time to catch the overnight bus direct to Bali. I took a motorbike to Kuta the first day despite its reputation as a tourist nightmare, since it has cheap lodging and I didn't mind partying for a bit.

Kuta was fairly awful but not as bad as many tourist spots in China, so I didn't mind it so much. I met up with DJ O'Wally from Beijing (aka Tom) and we had dinner and went clubbing. Sky Lounge was handing out VIP passes at the door for free flow booze, so we did that and felt awful the next morning.

Tom was staying at the Westin in Nusa Dua for free to write a review, so I joined him for free lunch and hung out by the pool for the rest of the afternoon.

Around sunset we took a cab up the coast to the Bali marina where I posted an ad with my picture. A few guys were in the bar and one of them led me out to the docks to meet a guy who offered to take me on as crew. He showed me around his boat, which had a nice wooden deck and cozy cabin, but explained that in addition to working my ass off in rough seas, I would have to contribute 300,000 rupiah a day toward shared costs. The boat was headed toward the Banda islands, and would mostly be motoring through, with maybe only two days of actual sailing. I would also have to pay around $150 for a rush visa extension since they would be leaving in five days, and at the end of the trip I would basically be stuck with nowhere to go but hop on a flight to KL. Even so, I was considering it as an interesting if expensive experience, but when I went back inside, two guys at the bar insisted that 300,000 a day to join the crew would be a total ripoff. They recommended that I fly to Fort Lauderdale, take a certification course, and get paid to work on superyachts. "Go to Florida by October and by December you'll be in the Carribean," they said.

Tom and I cabbed up to Ubud where he's staying in the villa of a guy he met through The Orchid in Beijing. It's incredibly beautiful and peaceful here. I think I will stay here a few days and see what else comes up. I'm not sure where I'll be able to sail to from here. The guy who offered me to join his crew said there would be no boats going to Darwin, and nobody heading east across the pacific, since it's just the wrong direction. Sure, he said, its possible to go east if you head far enough north or south, but the seas are really rough there and it's not a trip many would make. Maybe I can just hitch a ride up to Malaysia and Thailand and that will be that. Or maybe I'll find somebody heading south around Africa. Who knows. Here are some pictures: 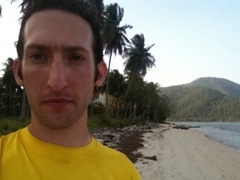 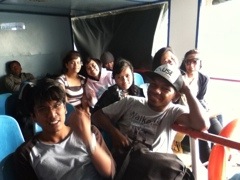 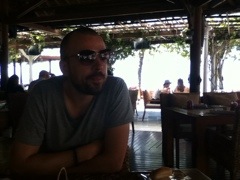 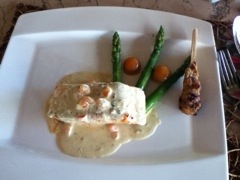 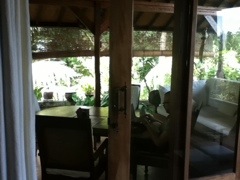